Summary of The Day start from Rabat. This diplomatic and administrative capital is the official residence of the King Mohamed VI, We'll go on a Rabat City Tour visiting the Royal Palace (outside), Mausoleum of Mohammed V and the unfinished Hassan Tower. These sites are important examples of Almohad architecture, Afterwards, we'll head to Casablanca, a city made famous by the classic Humphrey Bogart and Ingrid Bergman 1942 romance film "Casablanca.", You'll have time to yourself to explore Morocco's largest city!,...We'll then have dinner at the Hotel.

Summary of The Day: After having breakfast at the hotel, we'll take a panoramic city tour of Casablanca showing you Anfa Boulevard, United Nations Square and Hassan II Mosque (Outside)., We'll then travel to Marrakesh eating lunch en route. This Moroccan city is located within an extensive oasis between the Mid-Atlas Mountains and the pre-desertic area, We'll then embark on a city sightseeing tour to see Koutoubia Tower, Saadian Tombs and El Bahia Palace. We'll next tour the medina, souks and the magic Jamaa el Fna Square, which is packed with fortune tellers, snake tamers, acrobats and dancers. There will be an optional dinner with show at "Fantasia Chez Ali" available.

Summary of The Day: After breakfast, we'll head northeast to Meknes - an old walled Imperial City located in the heart of the Mid Atlas. Here, we'll take a panoramic city tour and stop to admire the great Bab Al Mansour Gate. It's Morocco’s most beautiful gate and the most well known monument in Meknes. The tour will then travel to Fez, another one of the Imperial Cities. Its University of al-Karaouine is the largest Islamic sanctuary in Morocco. We'll have dinner at the hotel.

Summary of The Day: During the morning, we'll see more of Fez including landmarks such as Seven Gates of the Royal Palace, Jewish Quarter or Mellah and Gate of Bab Bou Jelous. We'll also take a walking tour of the Medina or Old City, declared UNESCO World Heritage Site. Afterwards, you'll have the afternoon free to further explore Fez. Breakfast and Dinner will be provided at the Hotel.

Summary of The Day: We'll have breakfast at the hotel and then head back to Rabat. We'll visit in the road Moulay Idriss, Volubilis and we continued to Rabat by Sidi-Kacem and Kenitra,... Journey's end. 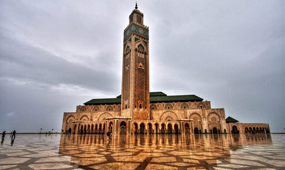 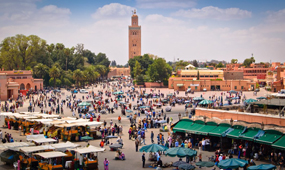 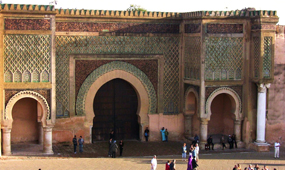 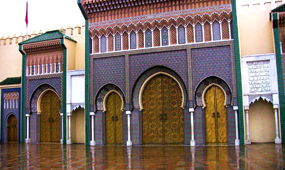 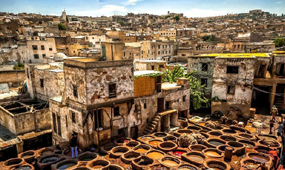 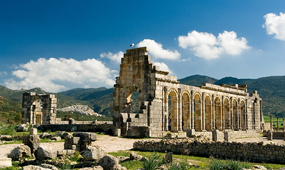